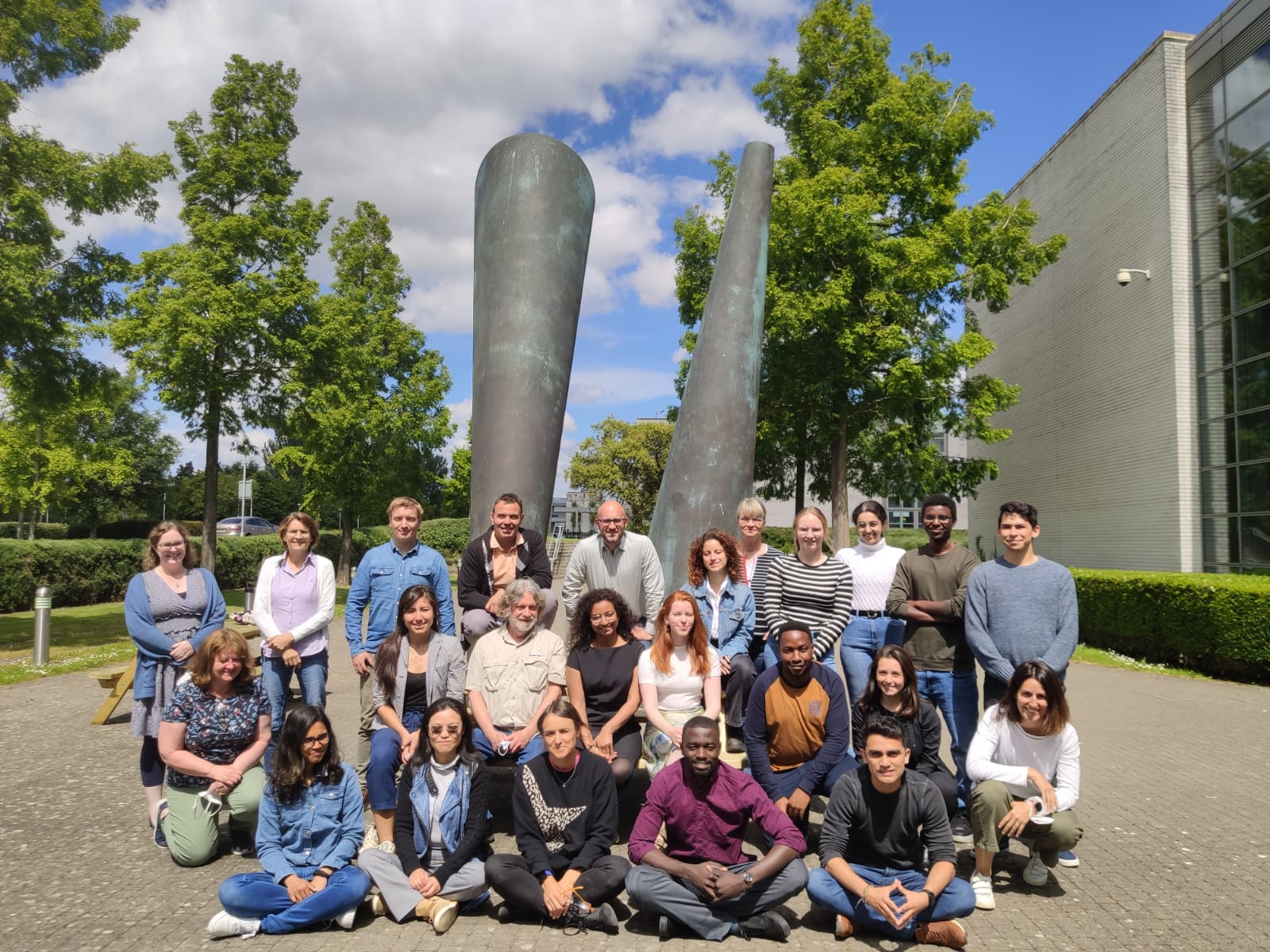 After several months of waiting for this moment, the ESRs finally met in person altogether for the first time. In order to break the ice before the training, a pre-event team-building activity in Dublin was planned, where they could catch up with the last updates of their projects but also share their life experiences.

“Escape room” was one of those activities – the ESRs teamed up – to solve riddles, and find codes and keys to escape the room safe and sound before time runs out! They also visited the Trinity College Library, the oldest and the biggest of Ireland, which contains the famous Book of Kells. It was also a perfect place to shelter from the rain (haha!). ESRs attended one of the most extensive and interactive lessons about Irish Bohemian life and popular characters, as part of the “Pub Crawl”- one of the most remarkable features of this lively city. Apart from this, ESRs played group games, and set up spontaneous lunches, dinners, and visits around the city, with excitement and openness, as they knew each other already.

With the feeling of farewell after a great weekend of team-building, the ESRs realized that the week of training was about to begin. Finally in Dundalk Institute of Technology (DkIT), all together, ESRs, supervisors and mentors kicked off the advanced course on #bigdataforwater with the unique enthusiasm of Rafael Marcé and Eleanor Jennings. The great Don Pierson (from Uppsala University) took the baton with the first session on using sensors to measure environmental data. No one took the “hands-on session” so literally but before they knew it, there were the ESRs, building sensors and programming data loggers to record temperature data and stratification of a small pond in DkIT campus. From specific data acquisition, Peter Hunt (from University of Stirling) transported the entire audience to a global view by introducing the powerful Earth Observation for inland water quality monitoring. Although for many it was the first time using the SNAP tool, the estimation of chlorophyll in lakes using Copernicus Sentinel-2 MSI and Sentinel-3 OLCI observations captivated everyone.

During the second day, the ESRs presented their posters to the entire inventWater community on the progress and next steps of their projects, with possibilities of group discussions including all supervisors. Steven De Hertog from Vrije Universiteit Brussel (VUB) introduced the ESRs to the dreaded Linux shell environment for familiarization with climate data generated by Regional Climate Models (RCMs) using netcdf-tools for data processing.

In a new session on the third day, the project leader Katja Friedler from the Potsdam Institute for Climate Impact Research (PIK), introduced the audience to ISIMIP, showing the wide range of impact models covering different sectors and developed by more than 100 modeling groups from all over the world. Later, Heather Lally, a guest lecturer, surprised the whole audience with her impressive session on the use of drones for monitoring water bodies. Her presentation not only raised interest in the technical details of drones for water quality, but also gave rise to an interesting discussion on the transition from scientist to entrepreneur!

Going into the last day, the intensity of the training did not decrease and even less so the value of its content. Axel Deijns from VUB excelled with his session on Google Earth Engine programming, having different indexes (NDVI,SAVI) calculated using satellite image bands in the countries of origin of each ESR (all over the world!).

The first advanced training school at DkIT successfully provided new insights into water quality data through intensive hands-on activities and certainly set a stronger scene for future collaborations across Projects due to active in-person interactions amongst the researchers and scientists of the network. All the ESRs are thankful to the inventWater ITN program for organizing an enriching technical training week in Ireland combined with team-building activities while we wait to meet each other again for the next advanced training school on Water Quality Modeling in Brussels

Last but not the least, traveling back home after the training school some ESRs even made memories of adventurous journeys juggling through the chaos of Dublin Airport.